Dr. Lakshmi Prasanna graduated from Giuntur Medical College, South India, in 1984 and followed it up with her further studies and training into paediatrics and Neonatology.

She is also a certified Anthroposophical physician through IPMT training programmes.

This was the period in which a community was formed around her work –paediatric clinics that established healthy practices in childcare and a big step towards building a conscious parenting group where mothers were empowered to care for their growing children during health and during childhood illnesses.

What started as part of developmental paediatrics work in Little Hearts children’s hospital extended into work with Children with Autism Spectrum Disorder. This work has grown to the extent that it needed a separate existence and so Saandeepani, a center for curative education, was established in 2004 in Hyderabad. 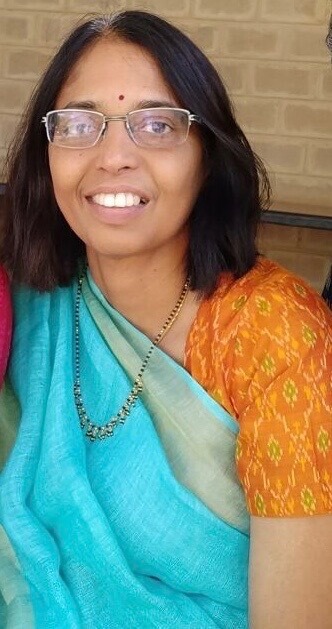 She met Anthroposophy through Waldorf school for her children and was instrumental in helping the first Waldorf initiatives in India to come into existence. Her journey as a school physician started here and continues to date in India, Australia, New Zealand, and North America.

She started her training to become an Anthroposophic physician in 2004 and was instrumental in establishing IPMT programs in India and served Medical society, India chapter, as president. She continues to support the Anthroposophical medical movement in India as an executive member and continues her contribution in all IPMT weeks.

She co-authored a book, AUTISM -MEET ME WHO I AM, on her work with sensitive children, along with her coworker, Michael Kokinos.